Age of Empires – 52 – Enemies of Rome: Crossing the Alps 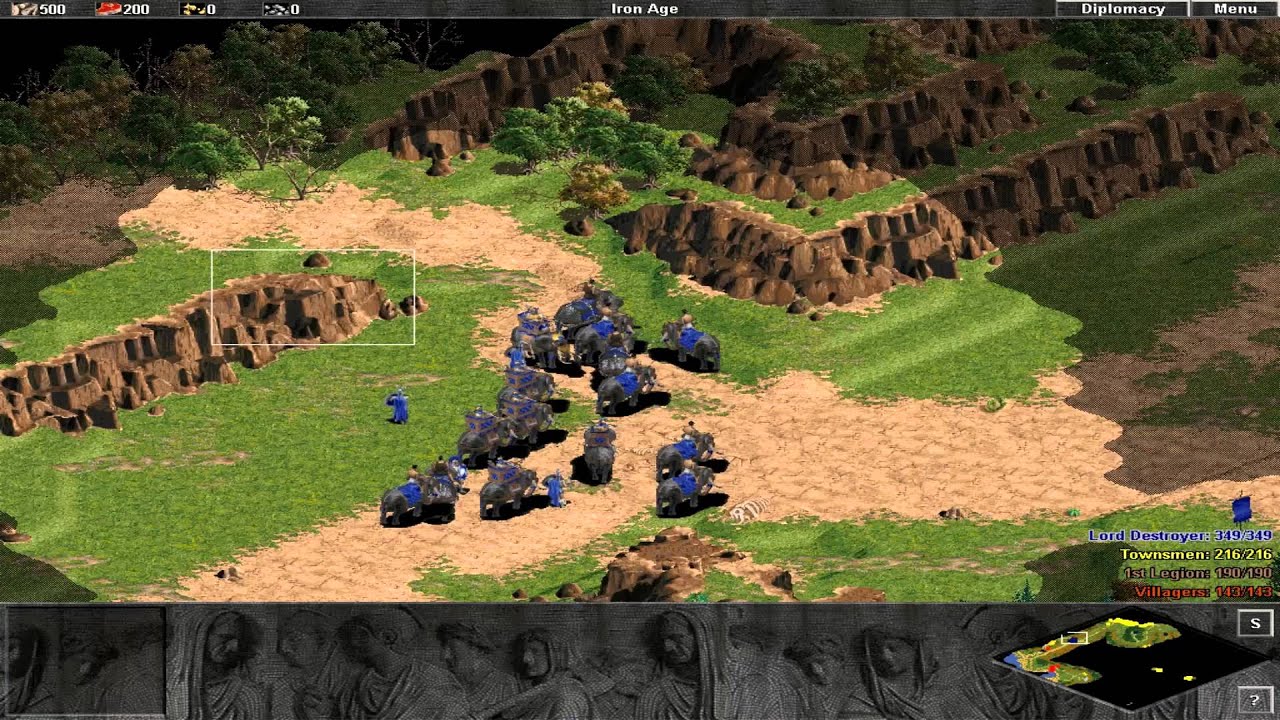 Scenario Instructions
Your plan to march into Italy through the Alps is brilliant but fraught with risk. There are dangerous tribes in the mountains and Roman garrisons in the foothills at the base of the Alps. It is likely that the Gauls in northern Italy will rally to your cause if you can break through. Scouts marked the pass through the mountains, but were then taken prisoner. If you can locate and free them, they might be of great use in your efforts to break through.

Objective
Get both Armored Elephants and Hannibal past the double flags in the lower corner of the map.

Age of Empires (often abbreviated to AoE) is a history-based real-time strategy video game released in 1997. Developed by Ensemble Studios and published by Microsoft. Ensemble was still an independent company, later acquired by Microsoft. The game uses the Genie, a 2D sprite-based game engine. The game allows the user to act as the leader of an ancient civilization by advancing it through four ages (the Stone, Tool, Bronze, and Iron Ages), gaining access to new and improved units with each advance. It was later ported to Pocket PCs with Windows, resulting in a version very similar to the PC game.

Originally touted as Civilization meets Warcraft, some reviewers felt that the game failed to live up to these expectations when it was released. Despite this, it received generally good reviews, and the expansion pack Age of Empires: The Rise of Rome was released in 1998. Both the original Age of Empires and the expansion pack were later released as “The Gold Edition”.